Situated directly in the center of what is known as the Atlantic Flyway migration corridor, Lake Onota is a well-known habitat for both migratory and permanent resident or non-migratory bird species.

Access points for the observation of birds are abundant around the lake. Birders commonly set their viewing scopes on the causeway on the north side of the lake, which provides a broad horizon with excellent sight lines to the south. For east to west views, the same can be said of the t-dock, which is located near the boat launch, or from the walking path on the Burbank Park side of the lake. For those that prefer to do their watching from the water, ample opportunity can be found on the woodland shores on the southeast and west sides of the lake, which are best accessed by canoe or kayak.

As nature awakens, visitors to the shoreline on spring and summer mornings bear witness to a true cacophony of song from finches, nuthatches, and red-winged black birds. Along with the coo of the mourning dove, these year-round species are joined by common songbirds such as robins, cardinals, chickadees, and titmice. With its very discernible call, the pileated woodpecker also makes its presence known while hard knocking on dead-stand, along with its brethren, the red-breasted woodpecker.

Birds of prey include the North American bald eagle, the red-tail hawk, and the osprey. For birders “in the know,” nesting pairs of eagles may be seen in the tallest stands of hemlocks that border the lake. To witness these birds rising to the skies as they hunt from above is truly a birder’s dream come true.

Wading birds, such as the great blue heron and the white egret, can be seen gliding down into the marshes near the north side of the lake as they use extreme stealth to prowl the shallows for unsuspecting prey. Along these shores, a keen watcher may discover mating pairs of king fishers staunchly defend their territory.

The variation of ducks and diving birds on Lake Onota is substantial.  At different times, wood ducks, mallards, widgeons, and teals may be found perusing the lake. Geese and swan sightings are abundant with Canada geese regularly settling on the lake shore to breed their young.  The black cormorant is ubiquitous on the lake during its summer breeding season, which is easily identifiable from afar with wings spread to the sun to dry off plumage in preparation for flight.   Sightings of red breasted mergansers can be had, and when the conditions are just right, one may hear the echoing call of the black headed loon emanating from the fog.

A lucky birder may also bear witness to off-pattern migratory species of birds on Lake Onota.   Recent sightings include the tundra swan, which landed on the lake in the spring of 2022 for a brief respite.  The lake has also served as a weigh point for various other species where validated sightings of the brown booby, long-tailed ducks, white-winged scoters, and red-necked grebes have occurred. 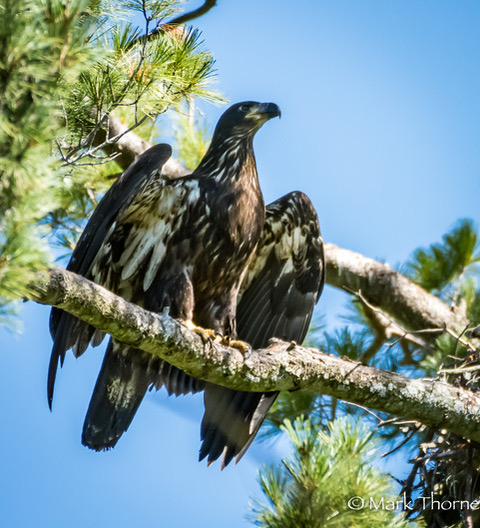